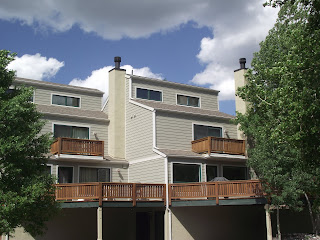 This beautifully remodeled townhome offers a serene setting just minutes to Beaver Creek. It features a gorgeous kitchen with granite countertops. Wide plank wood floors throughout the main living area create a light and open living space with a warm inviting décor. Custom built ins above the fireplace, vaulted ceilings, large private sunny deck, great storage plus garage and 2-car carport are just a few of the highlights.
Posted by Betsy Laughlin at 10:38 AM No comments: 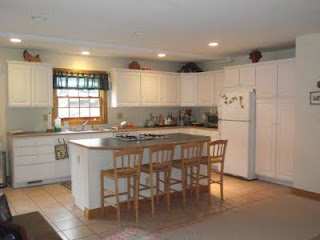 Incredible opportunity to own a beautiful home in East Vail at an exceptional value. Nestled in a peaceful alpine setting, enjoy a bright and airy floorplan with beautiful updates, spacious kitchen and bedrooms and log accents. Stunning views, access to private pond and great hiking. On the free Town of Vail bus route within minutes to the heart of Vail Village.
Posted by Betsy Laughlin at 8:27 AM No comments:

From the National Association of Realtors:

The U.S. continues to remain a top destination for foreign buyers as international purchases surged by $16 billion this year, one of the highest increases in recent years.

“The U.S. has always been a desirable place to own property and a profitable investment,” said NAR President Ron Phipps, broker-president of Phipps Realty in Warwick, R.I. “In recent years we have seen more and more foreign buyers coming here to take advantage of low prices and plentiful inventory. In addition to the advantageous market conditions, Realtors® in this country have a global perspective and experience in working with clients from different cultures and real estate practices, helping them bring value to their international clients.”

Historically, foreign buyers have been attracted to property ownership in the U.S. for a number of reasons. U.S. homes are generally less expensive than comparable foreign properties, homes in this country are viewed as a secure investment, and the U.S. market offers rental opportunities and long-term appreciation potential.

More recently, Realtors® have noticed new factors motivating foreign buyers. Many U.S. colleges and universities have a significant number of international students, and some foreign families are purchasing U.S. properties in college areas so their child has a place to live. Another source of international demand is foreign executives temporarily working in the U.S., some of whom prefer to purchase a residence instead of renting.

“Besides the strength of the dollar and the general economic trends in the U.S., international buyers are also recognizing the benefits of home ownership in this country, especially in the case of recent immigrants,” said Phipps. “Many foreigners perceive owning a home here as an important accomplishment in their efforts to become established in this country.”

Recent international buyers came from 70 different countries, up from 53 countries in 2010. For the fourth consecutive year, Canada was the top country of origin, with 23 percent of sales to foreigners. China was the second most popular country of origin, with nine percent of international sales this year. Tied for third were Mexico, the U.K., and India. Argentina and Brazil combined reported an increase in foreign sales with five percent, up from two percent in 2010. The top five countries of origin accounted for 53 percent of international transactions in 2011.

Posted by Betsy Laughlin at 12:57 PM No comments: